Two young artists based in Malaysia are collaborating for the first time. Pianist Poom Prommachart and Conductor Caeleb Tee is committed to bringing 2 virtuosic work to live. The celebrated Choral Fantasy by Ludwig Van Beethoven, uniquely scored for piano, 6 vocalists, choir, and orchestra, and the exhilarating Third Piano Concerto by Sergei Prokofiev, one of the most intense among piano repertoires. The performers will be joined by singers Chew Shi Yun, Sharlene Rani, YiLing Chaing, Tan Jong Hann, Scott Woo, and Simon Chong from VerSeS Music Ensembles, Yin Qi Choir of Yin Qi Music, instrumentalists from The Rondo Production, percussionist from Percussion Store, and The Symphony KL. 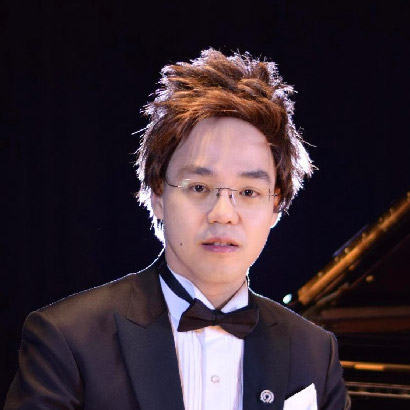 Steinway Artist, Dr. Poom Prommachart from Thailand.  Being such a passionate pianist and pedagogue, Dr. Poom is currently appointed as the Distinguished Member of the Piano Faculty, University College of Fairview, Malaysia, the Artistic Director of the Steinway Youth Piano Competition in Thailand.

Dr. Prommachart graduated from the University of Montreal’s Doctor of Music and was awarded the 'Rector's List of Honour for the Most Exceptional Graduates', under the tutelage of Prof. Dang Thai Son and Prof. Jean Saulnier in 2022. He obtained his Bachelor of Music degree, Master of Music degree and Artist Diploma under Prof. Yonty Solomon,Prof. Ian Jones and later on with Prof. Dina Parakhina at the Royal College of Music, London (RCM) in 2014 on full scholarship, sponsored by H.R.H Princess Galyani Vadhana of Thailand and the RCM. During his time in London, he won the most prestigious Tagore Gold Medal which was presented by His Royal Highness, the Prince of Wales, upon graduation. He also previously studied at Moscow Conservatory, Russia with Prof. Eliso Virsalaze and  Prof. Vladimir Tropp.

Dr. Prommachart’s performances are highly considered for their lyrical intensity and virtuosity. He has already developed an international reputation of carrying rare expressive depth, and has been acclaimed by critics who praised him as “a young Ashkenazy” from Seen and Heard UK Concert Review after his performance of Prokofiev’s Piano Concerto No. 2 in G Minor with London Musician Symphony Orchestra in 2010. Moreover, The Straits Times, Singapore, applauded his performance that “Still in his late twenties, Poom Prommachart is Thailand’s most accomplished and decorated pianist.”

Dr. Prommachart has released his first solo debut CD in April 2015 with Champs Hill Records in the U.K. featuring works by Medtner, Liszt and Rachmaninoff which received great reviews in Europe, America and Asia, a recording with Steinway Spirio in New York, USA as well as his coming recording of Prokofiev Piano Concerto No. 2 in G minor under Maestro Jean – Francois Rivest and Orchesrchestre de l’Universite de Montreal. Caeleb Tee is the Artistic Director of Yin Qi Music, currently also serves as a conductor in Yin Qi Choir, Yin Qi Youth Choir, and the newly formed Yin Qi Chamber Singers. As a conductor, Caeleb has led Yin Qi Choir and orchestra in numerous performances such as "Glorious Nights of Hymns II", "Haydn - Mass For Troubled Times", and "Dubois - The Seven Last Words of Christ".

Caeleb holds Master’s Degree in Music Composition from Westminster Choir College (Princeton, NJ), and Bachelor’s Degree in Piano Performance from Liberty University (Lynchburg, VA). His choral work “For I Know the Plans I Have for You” won the Westminster Choir College Commencement Anthem Competition, and was presented during the Class of ’17 Commencement Ceremony. His piano work “Four Bagatelles” won the 2016 Andrew Phillips Award. When he was at Liberty University, he won Aria & Concerto Competition, and performed Rachmaninoff’s Second Piano Concerto with the Liberty University Symphony Orchestra. He has also received both the Senior Pianist of the Year 14-15 Award, and Outstanding Musician Award from Liberty University.